In future, it could be possible to remove oil spills on the surface of the ocean by using magnets. An interdisciplinary group of researchers at FAU led by Prof. Dr. Marcus Halik has developed functionalised iron oxide particles that can attract any types of hydrocarbons. The magnetic particles and their shells can then be removed from the water relatively simply and in an environmentally-friendly manner and can even be reused after being cleaned. 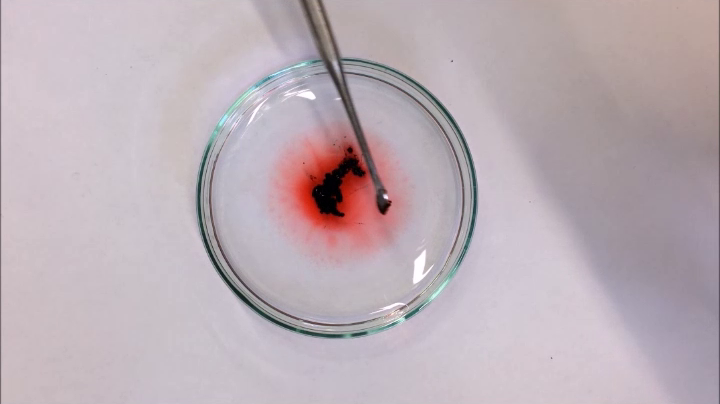 The hydrocarbons, such as crude oil or diesel dyed red in this case, … (Image: FAU/Luis Portilla)

The researchers have now published their study in the renowned journal Advanced Functional Materials. In the study, they describe how functionalised iron oxide particles can be modified with a self-assembled monolayer so that they only adsorb hydrocarbons. This group of chemical substances includes light compounds such as alkanes and aromates but also crude oil, petrol and diesel. Such hydrocarbon molecules surround the very fine particles as if they are being sucked in and reach a volume 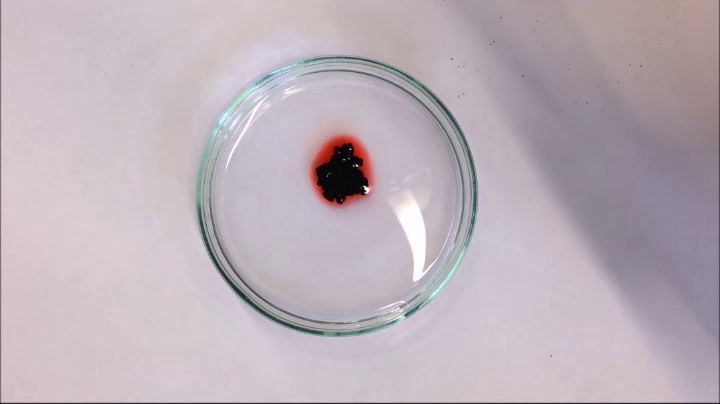 … self-organise and surround the particles (black) forming a voluminous shell around the core of the particles… (Image: FAU/Luis Portilla)

that can grow to 14 times the size of the core of the particle. A video on the researchers’ website shows how iron oxide powder is applied to liquid oil and the instant transformation into a substance that can be removed by a magnet. Iron oxide is a magnetic substance by nature.

In addition to the multiple reusability of the source material, the large surface to volume ratio provided by nanoparticles and the favourable ratio to the quantity of the hydrocarbons to be adsorbed all contribute to the very high efficiency of the process. In addition, it allows water to be completely cleaned of oil and oil products. Conventional methods, on the other hand, create dispersions or mixtures of substances that enable the hydrocarbons to be more easily digested by bacteria, but remain in the seawater until this process is complete. 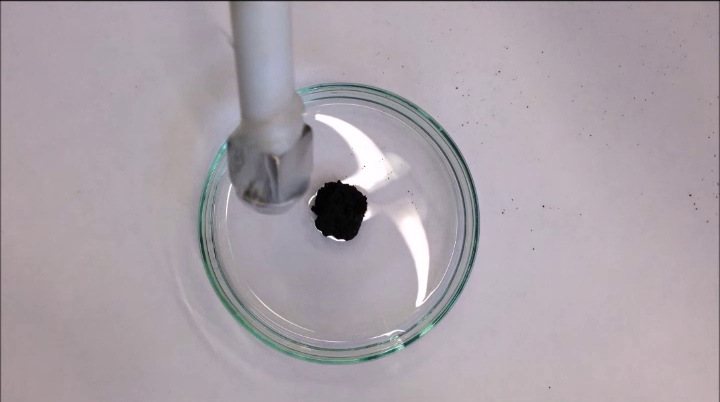 … Due to the magnetic properties of the particles, the entire system comprising the particles and the adsorbed hydrocarbon shell can subsequently be easily removed from the water using a magnet. (Image: FAU/Luis Portilla)

In addition to manufacturing and characterising the particles, the research involved experiments using various hydrocarbons and different sources of water at different temperatures supplemented by molecular simulations that enabled the materials to be improved further. Three working groups from the Faculty of Engineering and the Faculty of Sciences at Friedrich-Alexander Universität Erlangen-Nürnberg (FAU) contributed to the research that involved scientists led by Prof. Dr. Marcus Halik (Department of Materials Science and Engineering, Organic Materials and Devices), Prof. Dr. Andreas Hirsch (Department of Chemistry and Pharmacy, Organic Chemistry II) and Prof. Dr. Dirk Zahn (Professorship for Theoretical Chemistry, Computer Chemistry Center). The work was supported by the Cluster of Excellence EAM (Engineering of Advanced Materials) from the Excellence Initiative of the German Federal and State Government and by the Graduate School for Molecular Science (GSMS) at FAU.

In future, the system could help to considerably reduce the impact of contamination by oil on the environment. The FAU researchers are currently working with partners in industry to scale up the manufacturing of the materials and to transfer the concept to real applications in clean up operations.